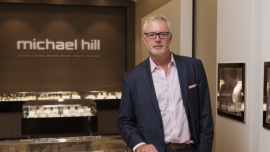 Australian jewelry chain Michael Hill says it underpaid staff by as much as A$25 million (US$17.45 million) over the past six years, and will pay out a sum in the range of A$10-25 million (US$7-17.5 million) to redress its error. The Brisbane-based chain is the latest in a string of organisations to admit to staff underpayments, and will face questions from the Fair Work Ombudsman (FWO), writes the Australian Broadcasting Corporation (ABC). The jeweler discovered the discrepancy on its own but did not inform the FWO about it.

A spokesman for FWO said the agency was not made aware of the underpayment of workers at Michael Hill International prior to the ASX announcement by the business and said it was "concerned by the scale of the reported underpayments." The FWO can pursue fines for breaching workplace law, with the maximum penalty for a company $630,000 per contravention. The FWO has recently successfully prosecuted a number of companies for unlawful underpayments, resulting in the courts imposing hefty penalties on companies, such as 7-Eleven.

Michael Hill, which operates more than 300 stores and employs about 2,600 staff globally, said an initial review of its Australian retail employment contracts and rostering practices was undertaken by its new chief executive Daniel Bracken, with the help of accounting firm PriceWaterhouseCoopers. Michael Hill International CEO, Daniel Bracken, who has been with the company for nine months, said: “I’m committed to engaging with our team members transparently and with absolute integrity and fairness. When we identified there was an issue, I mobilised a team, supported by independent external experts, to determine the scale of the problem, identify the individuals affected and to ensure full compliance with the Award going forward.” He added, “We will move as quickly as possible to rectify any under-payments with those team members affected."

Michael Hill said in a statement it does not anticipate "that rectification and remediation will have any material impact on the underlying earnings of the company for financial year 2020 or any future financial years." The newspapers reporting on the story are not so sure, saying the backpay bill could significantly dent Michael Hill's profit, which market analysts expected to be about $28 million next year. Michael Hill's shares fell 12 percent on the news, closing at 52¢.