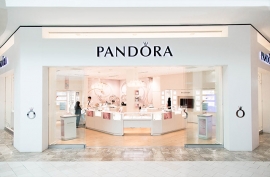 Pandora's Chairman of the Board Peder Tuborgh has told the company to start looking for someone to take over his position in 2019, as he plans to end his nearly five year tenure as the Danish jewerly maker's chair. "Once our new CEO, Alexander Lacik, has been onboarded and we start to see traction from [the new marketing and merchandising strategy] Programme NOW, the foundation for a successful brand turnaround will be in place. it will be time for me to hand over the baton to a new chairman,” Tuborgh said. His exit is the latest in a major reshuffling of the company's top management following a year of disappointing sales and tumbling stocks.

Alexander Lacik took over as the group's new CEO following the departure last August of Anders Colding Friis, which Tuborgh at the time attributed to the jewelry chain’s new strategy taking too long to implement and a general lack of confidence and criticism by investors for poor communication during his three-year leadership. Friis was the second top executive to leave the company after CFO Peter Vekslund resigned earlier in 2018 after the firm missed its own 2017 sales forecasts and said margins would be thinner.

“Pandora has been through a remarkable development during the last four years. We have doubled the revenue, expanded our business significantly into retail, and become the world’s most well-known jewellery brand," Turbough said. However, he addd, "The general retail market has changed rapidly with the impact of e-commerce and globalization, and our brand position has become challenged."