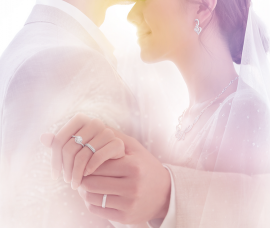 Bellweather jewelry group Chow Tai Fook built on its 2017 sales gains by recording a solid first fiscal quarter of 2018 (three months ended 30 June 2018), citing "impressive growth" in the Hong Kong and Macau market. Benefitting from "improving local consumer spending and an increase in visitors from Mainland China", retail sales surged by 21% in Hong Kong and Macau, while same-store sales (SSS) increased by 26%. Sales on the Mainland also fared well, increasing by 11%, with same-store sales up 4%. SSS refers to revenue from the self-operated POS existing as at 30 June 2018 and which have been opened prior to 1 April 2017.

In Hong Kong and Macau, gem-set jewelry saw significant improvements in terms of the volume of items moved and their average selling price, which increased to US$1,414 (HK$11,100) from U£S$1,389 (HK$10,900). Together this led to 26% rise in SSS. Sales of gold products followed the same trend, increasing by 31% during the first quarter. In Mainland China, SSS of gem-set jewelry declined by 4%, although its retail sales value showed positive 3% growth. Same store average selling price per item was much lower than in Hong Kong at US$892 (HK$7,000), but improved significantly from US$828 (HK$6,500) a year prior. Gold products also performed well on the Mainland, with sales increasing by 11%, supported by the 4% increase in the average international gold price in the quarter compared to the same period last year.