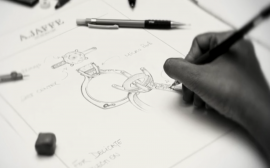 Paramount Jewels has placed the winning bid of $5.2 million for the more than century-old New York jeweler A. Jaffe, a Nirav Modi-owned company that filed for bankruptcy earlier this year. The takeover includes the business and brand, meaning all of A. Jaffe’s core assets: its name, intellectual property, design patents, accounts receivable and inventory; all the assets, the companies said in a statement, that are “needed for A. Jaffe to continue as the successful brand that it is recognized as in the industry and to consumers.”

According to a statement from the companies, A. Jaffe employees will stay on, with Sumay Bhansali as CEO and Sam Sandberg as chairman, and Paramount Jewels plans to run the company as a separate division. Parag Jain, manager of Paramount Gems/Parag Diamonds, said, “There will be no restructuring.” Paramount Gems, a company associated with Paramount Jewels, had submitted a winning bid for the company in an auction held in early May. However, that bid was withdrawn later that month after the judge declined to approve it. The $5.2 million purchase price is about $3 million less than what Paramount Gems/Parag agreed to pay originally, but the new sale does not include all of the company’s assets.

Filing for bankruptcy along with A. Jaffe were the two other U.S.-based companies connected to Modi: Firestar Diamond Inc. and Fantasy Inc. The companies filed for Chapter 11 protection in order to distance themselves from Modi and the scandal erupting in India and because their source of supply - Modi’s factories in India - shut down in the wake of the scandal. The inventory of both Firestar and Fantasy remain up for sale, with Unique Designs filing the highest bid for the latter’s inventory so far, court papers show.