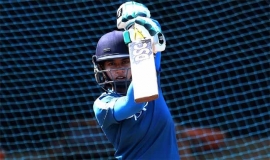 Rio Tinto‘s Australian Diamonds program has launched its latest campaign in India highlighting a new range of affordable bridal and fashion jewelry from the company’s Argyle diamond mine in Australia, the company announced in a press release. Mithali Raj, captain of the Indian women’s cricket team is the official ambassador for the new campaign, helping promote the popularity of diamonds in fashion and bridal jewelry, particularly for younger Indian consumers. Indian women’s cricket team captain Mithali Raj told IANS Feeds (India.com) that being a sports person makes no difference to her love for diamonds - she likes to wear precious gemstones. “I think every girl or woman would love to own a diamond set as it personifies the true love and has its own significance. So there is nothing different with me… At the end of the day, I am a woman and I would love to wear diamonds."

The jewelry collections showcased in the campaign titled “As Real as You” are available across 63 retailers in India and include designs using uncut diamonds from the Argyle mine. Uncut or “chakri” diamonds as they are known in India, once the exclusive preserve of the Maharajas, are gaining continued popularity with Indian consumers. Central to Rio Tinto’s Australian diamonds initiative in India is a leading-edge tracking system for monitoring the movement of Rio Tinto’s rough Australian diamonds from its Argyle mine through to finished jewelry. Vikram Merchant , director of Rio Tinto’s diamond sales and marketing activities in India said, “Today’s consumer wants to know where their jewelry comes from and the Australian Diamonds program celebrates Rio Tinto’s diamond heritage and pedigree from a clean, traceable source of diamonds. The importance of provenance in the diamond industry has never been stronger and today the biggest opportunitity for change lies in developing diamond jewelry offerings that track the diamonds from the mine to the market.”

Ms Raj added, “I am delighted to be a part of this Australian Diamonds campaign. Diamonds were once only accessible to kings and queens and Hollywood royalty. A campaign such as this makes these sought-after diamonds far more affordable to a broader range of consumers across India.”