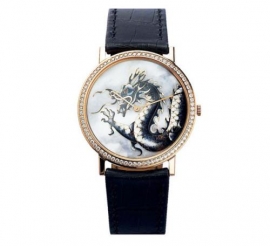 Swiss watch exports saw their strongest growth in more than five years during 2017, according to the Federation of the Swiss Watch Industry. with Hong Kong and mainland China representing the top two markets for Swiss watches. This trend continued to start off 2018, as January sales in Hong Kong rose 21.3 percent to grab a 15 percent of the market, while sales in mainland China surged by 44.3 percent to reach 10.9 percent of the market, overtaking the US.

According to Bloomberg, the 2012 crackdown on corruption that badly impacted the luxury watch market in China appears to have either played out or lost its teeth, writes Huixin Deng for Jing Daily. Meanwhile, efforts by the Chinese government to bring luxury spending back to mainland China seem to be working. Independent of external factors, Swiss luxury watches remain hugely popular in China. A colloquialism illuminates how important they are to signaling success among Chinese elites. The phrase “穷玩车, 富玩表” literally translates as “the poor play with luxury cars while the rich play with luxury watches.” Deng identifies the five most popular Swiss luxury watch brands in China as: