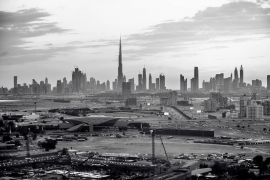 Several media report the global financial watchdog FATF today in Paris at its plenary session has decided to "gray list" the United Arab Emirates over concerns that the UAE hasn't made enough progress in tackling illicit financial flows, Bloomberg stated. Observers agree this decision, considered the most important measure taken since the inception of the FATF, will have major repercussions, especially for Dubai, as it will force financial players with regional HQ's in the financial hub, to invest additional resources in compliance in order to avoid penalties from international regulators. Bloomberg cites an IMF report that states gray-listed countries, typically experience a severe reduction in capital inflows. A statement from the FATF is expected to be released shortly.