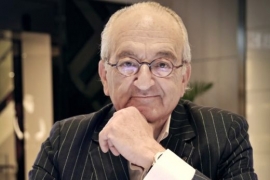 In his final address at last week's Kimberly Process, virtual intersessional, organized under the Chairmanship of the Russian Federation, World Diamond Council President Edward Asscher, representing the diamond industry in the tripartite organization established to eradicate conflict diamonds from the trade, left little room for interpretation on the consequences of a status quo withing the KPCS. If the KP participants fail to meet expectations of consumers regarding responsibly sourcing of diamonds, that may result in two separate value chains, Asscher said.  “It might well be that the considerations of consumers are far beyond the field of perception of producing countries, polishing centres and governments. But what happens if producers do not listen to the market? They become obsolete.”

For some years now, a thorough reform of the KP, especially on broadeningthe definition of conflict diamonds to encompass human, social & labor rights and sustainability issues, has been on the agenda of the KP, but without any significant progress, NGO’s claim. In their report, The Civil Society Coalition commends the Russian KP Chair for tabling the subject once again and the European Union for leading the debates on a new conflict diamond definition. In a tumultuous closing session, the Civil Society Coalition called out KP members, including India, China, Angola and South Africa, saying they willfully blocked any progress “by raising unsubstantiated arguments about the KP being about trade and therefore not able to discuss human rights or the KP not having the mandate to discuss its definition of conflict diamonds”.