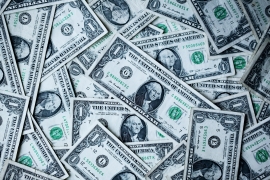 In his latest blog, industry analyst Edahn Golan details how Israeli banks are further cutting financing to the Israeli diamond industry. In 2020, diamond financing in the country fell below $500 million for the first time in 30 years, marking a 33% decrease. Shrinking activity is one of the obvious reasons but complicated admin due to money laundering-related regulations specific to the diamond industry seems to be a burden to most banks. It seems they don’t consider it worth their while anymore.

According to the Bank of Israel, Israeli bank financing totaled $498.75 million in the fourth quarter of 2020, a 6.8% decline compared to the third quarter of the year. However, the reduction in Israeli bank financing isn't a new phenomenon. The downward trend has been going on for quite some time. The first sign came in 2014, when Israel’s Bank Leumi announced the closure of its New York City branch, despite the fact the industry was on a moderate growth path and experiencing financing increases at the time. Since its peak in 2005, Israeli bank financing to the diamond industry has dropped a massive 77% in nominal value, to its 1991 levels 30 years ago.

Over the past 10 years, the Israeli diamond industry has been in constant decline which doesn't paint an optimistic picture for the future. Gross polished diamond exports fell to $4,5 billion in 2020, coming from $12,9 billion in 2010. Net exports have been slashed by half in the last six years and with decreased activity comes less need for financing. Although diamond traders would probably argue the decrease of financing leads to a decreased activity, says Golan.

Israeli banks reducing or even dropping their activities in the diamond industry leads to less competition between banks, and the result of fewer banking players are reduced and pricier diamond financing, the industry analyst continues.

Golan concludes the decline in bank financing in Israel is part of a global trend of recent years that cuts both ways as decreased debt shows a healthier company but lack of financing might also mean no room to invest in growth and development.