Trade Shows To Get Back On Track After Pandemic? 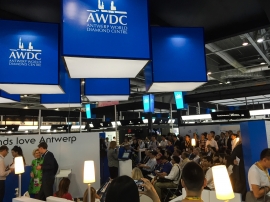 Covid-19 had a dramatic impact on trade shows and many companies tried replacing them by virtual meetings. Even though companies’ turnovers were unaffected because exhibitors saved money – booths, hotels, travel, etc. - by not participating, virtual meetings lack attendee engagement compared to the live events and face-to-face meetings still prove to be most successful in networking. Furthermore, companies have to be where competitors are, so when trade shows get back on track, companies that ignore them will fall behind. It’s safe to say the benefits of exhibiting will help trade shows to resume, though changes are inevitable, Forbes contributor and consultant Bill Conerly believes, as he dissects the sense or nonsense of a (virtual) trade shows.

For most companies, the one-on-one appointments made to existing and new customers who attend the shows are most important, rather than the booth on the trade show itself. All costs made to participate are fairly cheap when a large number of fruitful meetings are held in a short time span. Especially when you complement those face-to-face meetings by periodic virtual meetings throughout the year. So most companies will still exhibit at the most important trade shows but may dial down attendance at less important shows.

And what about the attendees? If exhibitors come through, the buyers will want to attend in order to ensure they are getting the best deals possible. But educational sessions for example, will lose importance as people got used to webinars during the pandemic.

These changes in trade shows environments due to the pandemic, are the perfect opportunity for exhibitors to up their game by being more present when it matters, making better pitches and focusing more on networking and sales as buyers will likely thrive as soon as people can mingle again.

So company sales can survive a year or two without trade show exposure, but the value of increased sales will eventually win out relative to costs savings, because the networking advantages of in-person meetings are so strong. This will make sure trade fairs will rebound once social distancing can be less severe and regain importance after the pandemic, Conerly concludes.

Earlier this week, Informa markets together with the Italian Exhibition Group SpA (IEG) and DMCC announced they will host a new show in February 2022 (22-24 Feb) in Dubai.