Tiffany & C° and LVMH: Is The Marriage Off? 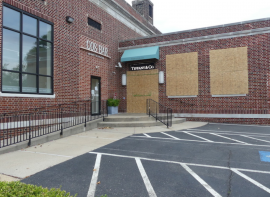 A deal that was announced between LVMH and Tiffany & C° earlier this year, in which the France-based luxury conglomerate led by Bernard Arnault would acquire the iconic jeweler for $135 per share, is potentially falling through, as LVMH is reconsidering its engagement amid the turmoil of the COVID-19 pandemic and unrest in the USA.  According to Retail Dive, LVMH’s press release suggests that it is looking to lower the offer, and some sources say that move is based on the argument that Tiffany might not be able to comply with the debt covenants stipulated in the February agreement. Tiffany & C°, shut its US Stores as the pandemic hit the States, and after a brief reopening of some stores, was forced to close them again in the context of widespread protest against police brutality and consequent looting. Retail Dive further quotes analysts, saying that LVMH should perhaps not be looking at short-term fallout from COVID-19 restrictions, predominantly caused by temporary store closures and a drop in tourism, to back out of the engagement, adding that such a move could potentially harm LVMH’s credibility significantly.