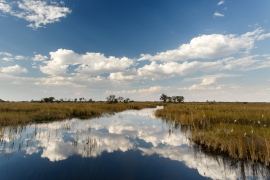 "Can't an overflowing river upstream, cause a lot of damage, from the midstream all the way up to the delta? As the crops along the overflown river's path would be washed out, wouldn't this cause a lot of famine, for an unwanted period of time? Shouldn't the flow be controlled before such a scenario happens? Sometimes, man-made dams are necessary, with some pains in the near future, but fertile and fruitful in the long run..."

Shashin Choksi, midstream trader, responding in a Telegram industry group channel to the message from De Beers CEO, Bruce Cleaver, "A River Runs Through", in which Cleaver indirectly appeals to the (Indian) industry to not impose an import ban on rough diamonds; "When this crisis ultimately recedes, as it will, if the upstream is intact but there is no functioning downstream, or a midstream but a significantly depleted source upstream, then we have no functioning river system at all. While all companies, including ours, are taking rapid action to brace for the crisis, that action must be responsible and sustainable and recognise that just as the challenge is a shared one, so, too, must be the solutions."

A River Runs Through It.pdf
Read the full message