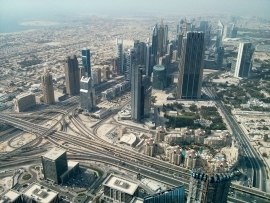 Over the course of the next five to ten years, tax experts believe more indirect and direct taxes will be levied in the Arab Gulf states (GCC), such as the UAE, including taxes on wealth and property, corporate and income tax. As oil prices are expected to remain low, the new taxes, some of which will be implemented by the end of this year, should open up new sources of revenue to fund budgets, which are under pressure as oil revenues decline.

"Governments in the region are now focusing on value-added tax, once that has stabilized, they will look at others", one expert commented. In addition to providing new revenue streams, analysts believe the implementation of tax measures such as corporate income distribution tax would also help to bring countries like UAE up to par with global standards in compliance and international best practices. Dr Rasheed Al Qenae, head of tax at KPMG Middle East and South Asia and managing partner at KPMG Kuwait said a luxury tax could be also be introduced in the medium term. "First it is going to be VAT and then on top of that will be luxury tax. This is very clear in developed markets and it is called luxury tax," he said, adding that the contribution of taxes to the GCC budget "will substantially increase in the next five to 10 years."