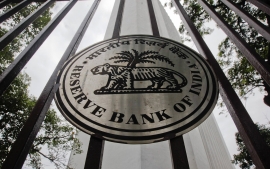 The 10% decline in bank finance to the gem and jewelry sector over the last few months will adversely impact exports from the industry during the year, the Gem & Jewellery Export Promotion Council (GJEPC) said in a statement yesterday. They added that adding that exports in the April-June 2018 quarter stood at US$10.1 billion as compared to US$11.1 billion in the same period last year, marking a decline of 8.84%. Describing the situation as a “crisis of sorts”, GJEPC Chairman Pramod Agrawal said that “the Council is taking all efforts to self-regulate and instil confidence amongst key stakeholders through a slew of reforms.”

The GJEPC's statement reads, "There has been at least 10 percent decline in bank finance to the gem and jewellery sector which is going to adversely impact exports out of the country. This also implies that gem & jewellery exports for the FY 2018-19 will see a drastic drop of 10% as well." It notes that the decline in exports occurred despite, "proactive initiatives in recent past such as MyKYC bank initiative, a 'white paper' to mitigate the financing risks and boosting transparency into the credit mechanism playing a critical role in the trade. However," Agrawal says, "the industry is witnessing a crisis of sorts as the banks have curtailed lending to the traders and demanding collateral security and extensive documentation. In such a scenario, the gem & jewellery Industry - worth US$ 41 billion in exports - will see a gradual decline in FY 2018-19. We are hoping that the Government will intervene and bring some relief to the ailing industry that contributes 7% to the GDP. It is time to bring back Interest subvention scheme to help in ease of doing business.”

“Bank finance is the life line of the industry and any decrease would see a decrease in gem & jewellery exports as well. After all the efforts to make sure genuine players continue to get the finance, Banks are insisting for discounting that all customer invoices should be through the bank which is seriously hampering relationships with customers as well as cash flow on a daily basis. Banks have also taken away all benefits on assessment fees due to which cost of finance has gone up,” said Colin Shah, Vice Chairman. “Post the recent incident, banks and other financial institutions have become stringent and are insisting on a much higher collateral security against bank finance.”