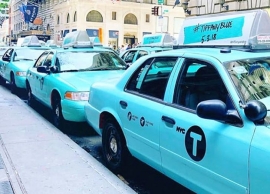 Tiffany & Co. (NYSE:TIF) yesterday reported its financial results for the three months (Q1) ended April 30, 2018, which saw worldwide net sales increase 15% to $1.0 billion, led by gains in North America and Asia. As a result of broad-based sales growth, comparable sales increased 10%. Profits soared 53 percent, to $142 million, as shares jumped as much as 17 percent to $119.60 in New York trading, an all-time intraday high and the biggest one-day leap in almost a decade.

Based on these "strong and better-than-expected results", the jeweler said, Tiffany & Co. has  revised upward its profit forecast for the full year ending January 31, 2019, after seeing excellent results across all its sales categories and all regions: “We are particularly encouraged by the breadth of sales growth across most regions and all product categories,” said CEO Alessandro Bogliolo said in a statement. Bogliolo has capitalized on the momentum under way when he took over as CEO last year, with revenue growth last quarter at the highest since 2012 following a prolonged slide in sales. He aims to attract a younger clientele with revamped jewelry lines and to generate hype for the 181-year-old brand. The revitalization attempt includes redesigned stores and back-end improvements in procurement and technology operations. He said the results show that the Tiffany brand is “very healthy” and well placed to adapt to changes in the luxury market.

"Most importantly", Bogliolo commented, "we remain focused on achieving sustainable growth in comparable sales, operating margin and earnings by pursuing and investing in the six strategic priorities we put forward in March: Amplifying an evolved brand message; Renewing our product offerings and enhancing in-store presentation; Delivering an exciting omnichannel customer experience; Strengthening our competitive position and leading in key markets; Cultivating a more efficient operating model; and Inspiring an aligned and agile organization to win." He noted that he hopes to make Tiffany's “more fun and engaging and more modern”, pointing to the recent launch of a 17,000-square-foot Jewelry Design and Innovation Workshop in New York City, intended to “foster constant innovation and distinctive creativity,” part of a push toward continual newness.

Global same-store sales climbed 7 percent in the quarter ended April 30 when holding currency constant, compared with the 2.6 percent growth projected by analysts. On that basis, sales rose 9 percent in North America, Asia-Pacific and Japan, all beating analysts’ predictions. Asia was particularly strong in China and Korea. The weak spot was Europe, which saw a 9 percent decline due to reduced spending by overseas tourists, the New York-based company said. Tiffany's announced a share buyback plan of $1 billion.