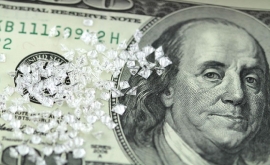 The so-called "Carat Tax", the institutionalized tax regime which the Belgian federal government implemented for the Belgian diamond trade in tax year 2016, yielded significantly higher revenues in 2017 than expected, according to Belgian newspapers De Standaard and Gazet van Antwerpen. The special tax on diamonds delivered $84 million (€68.4 million, converted at average 90-day exchange rate) to the Treasury against forecasted earnings of $61.25 million (€50 million), and dwarfed last year's earnings of $62.7 million (€51.2 million), a nearly 34% increase in revenues. And this is, "a good thing," according to Margaux Donckier, spokeswoman for industry organization the Antwerp World Diamond Centre (AWDC). "The tax even provides an incentive for companies to return to Belgium due to the fact that it provides greater legal certainty and fiscal predictability. And we are indeed seeing them return."

Under the “Carat Tax”, diamond companies pay the normal corporate tax, which was 33.99% in 2017, but this is calculated according to 0.55% to 2.1% of their gross turnover, depending on the various deductions they may declare. Finance Minister Johan Van Overtveldt (New Flemish Alliance) assumes final amount for last year will be even higher, since the $84 million figure only represents advance payments by the diamond companies. Before the tax was fully implemented, the ruling government coaltion was subject to intense criticism from the opposition parties, who argued that the diamond industry should pay much higher taxes. The government's introduction of the tax, however, appears to have been vindicated, as prior to adoption of the new regime, revenues from the diamond industry typically amounted to only about $24.5 million (€20 million). "We are pleased to now have a much more stable system with greater legal certainty," Donckier adds. "There used to be too much uncertainty.

The AWDC had long advocated for a modification of the tax regime in order to ensure the trading center is able to compete in the highly competitive international diamond industry. The implementation of the Carat Tax means diamond traders in Belgium are now taxed based on a fixed percentage of their turnover. Their stock is thus tax-neutral, thereby ending annual discussions with the tax authorities regarding controls and valuation of the stock. The AWDC always argued that such a system has several advantages – in particular, predictability concerning the tax burden, so that diamond traders will always know what to expect. To learn more about the Carat Tax, click here.