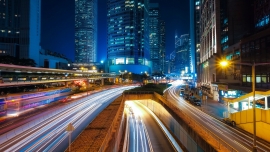 Hong Kong's imports and exports of rough and polished diamonds saw a solid to significant upswing across all categories during the first quarter of 2018 (Jan-March), according to figures published Diamond Federation of Hong Kong, China. Polished diamond imports to the trade hub increased by 10% in value to $5.17 billion from the import of nearly 5.3 million carats worth of the polished gems. Hong Kong's exports and re-exports rose by 4% to $3.53 billion from 3.7 million carats.

India is Hong Kong's largest trade partner for polished imports, with trade increasing in Q1 by 4% to $2.36 billion year-over-year. Belgium overtook the United States to earn second place on the supplier list, as imports from Antwerp increased 27% to $504.4 million. Imports from the U.S. also increased by 2%, but this left the total at $493 million. Among the major fallers, United Arab Emirates saw its shipments to Hong Kong tumble by 21.52%. Mainland China is the main recipient of polished diamond exports from Hong Kong, and received 11% more goods, $808 million, than the same quarter in 2017. The United States is the main recipient of polished diamonds from Hong Kong weighing more than one carat, with those shipments increasing by 8.4%.

The Diamond Federation of Hong Kong also noted huge increases on the rough side of the trade, as exports of the rough goods to manufacturing centers - and in particular India, which received 63% of all rough exports from Hong Kong - increased 85% to $907.6 million. Rough imports also took a significant step forward, increasing by 61% during the quarter to $539.1 million.