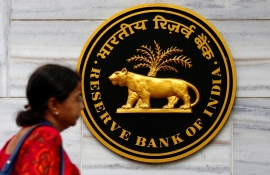 The Nirav Modi bank fraud investigation in India appears to have spread its wings, as three more major Indian jewelers - Gitanjali, Ginni and Nakshatra - have also come under the gaze of various investigating agencies following the Punjab National Bank's (PNB) declaration of nearly $1.8 billion (Rs 11,400 crore) fraud, committed allegedly by Nirav Modi. Earlier this month, Indian federal agents launched an investigation into billionaire jeweller Nirav Modi, one of the country’s richest men, over accusations that he and others defrauded a state bank of 280 crore rupees (approximately $45 million). Modi is said to have conspired with bank officials to fraudulently obtain advances for making payments to overseas suppliers, according to the Central Bureau of Investigation (CBI), acting on a complaint from the Punjab National Bank.

The Enforcement Directorate (ED) has now registered a money laundering case against diamond merchant Modi and his relatives, along with others, and raided over dozen premises across the country connected to them on Thursday in connection with a $1.77 billion (Rs 11,300 crore) Punjab National Bank fraud case that extends to other major jewelers. "Four big jewellers - Gitanjali, Ginni, Nakshatra and Nirav Modi - are under scanner. The CBI and Enforcement Directorate is looking at their arrangements with various banks and end use of money," a senior official of a public sector bank told PTI yesterday (Feb. 14). Banks are now looking at their systems and processes so that such frauds are not repeated, the official said.

Worst of bad-debt yet to come? India's Central Bank directs lenders to take action against defaulters

In an article Reuters also published yesterday, "For India's banks, the worst of their bad-loan woes may be yet to come", the news agency communicated that India's central bank surprised the financial sector this week by halting all of its existing loan-restructuring mechanisms with immediate effect, and rolling out new rules that will push more debt defaulters into bankruptcy courts. To force its point home, the Reserve Bank of India (RBI) set strict timelines for lenders to take action against defaulters, threatening penalties if banks failed to act in a timely manner. Reuters adds that, "Soured loans, which include non-performing, restructured or rolled-over loans, reached a record high of 9.5 trillion rupees ($148 billion) in the middle of last year before dipping slightly and prompting some relief among bankers that the worst was over. State-run lenders account for the bulk of these loans. India’s bad loans have nearly doubled in the past four years following an economic slow down and years of profligate lending - the combination has choked new lending and dragged on the economy."

Most of the loan-restructuring schemes the central bank is withdrawing have seen little success. Analysts say banks will soon have to declare the loans in those schemes as non-performing loans, which will trigger the timeline for banks to take debtors to court. That means the banking sector will have to recognize the new status of the loans and make provisions for them, said Rajkiran Rai, chief executive at state-run Union Bank of India. “When you look at the short term, yes, we will have issues with the existing accounts,” Rai said. Longer term, the RBI’s measure will benefit banks, he said.

"Indeed, the new rules would bring discipline to the banking sector, although provisioning costs will shoot up as more borrowers are taken to court", said R. Subramaniakumar, chief executive at Indian Overseas Bank (IOBK.NS), a state-run lender with the second-highest bad loan ratio among all banks. “Of course it’s going to put pressure on bank’s balance sheets,” he said, adding capital injections announced by the government will help cushion the impact. The RBI’s decision to force more struggling borrowers into bankruptcy proceedings was its latest move to try to clean up India’s bad loans mess.