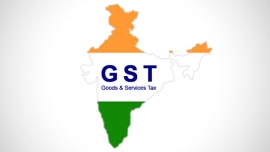 Recent reports ranging from the Gem and Jewellery Export Promotion Council's (GJEPC) lobbying efforts to change the Goods & Services Tax (GST) for the diamond industry, to Indian manufacturing companies looking to set up cutting and polishing units in Russia and an estimated $158 million in couriered diamond parcels seized on suspicion of tax evasion have the Indian industry hot under the collar about the GST. The GJEPC has long lobbied for a more favorable taxation regime for the industry, and on January 4, together with the Surat Diamond Association, made a presentation to the Minister of Finance, Government of India, Shri Arun Jaitley. At the meeting, the impact of GST on the diamond sector was discussed in detail. The government was requested to introduce a scheme under GST whereby all transactions between import and export are in a no-tax situation.

Just one day prior, The Economic Times ran a story stating that India's diamond manufacturers are looking at setting up cutting and polishing units in Russia for easy access of rough diamonds from ALROSA mines as the central government has yet to come up with a tax structure to enable the country's diamond trade to directly purchase rough diamonds from the special notified zone (SNZ) at Mumbai's Bharat Diamond Bourse. KGK Diamonds last year announced it was setting up a cutting and polishing unit in Vladivostok in Russia, and two more leading diamond companies including M Suresh & Co are looking at opening units in Russia. At present, diamond manufacturers can view the diamonds from miners at the SNZ and bid but they cannot procure it locally. They have to buy diamonds from Belgium, Dubai, Singapore and Russia despite successful bidding at the SNZ. If they could buy rough diamonds on the spot, their transaction cost would go down. "In the absence of a proper tax structure for trading at SNZ, we fear that Indian diamond companies may shift a portion of their business to Russia," said Sanjay Shah, convenor, diamond panel, Gem & Jewellery Export Promotion Council (GJEPC).

A few days later, it was reported that GST authorities conducted a series of raids on angadias, the courier firms that have traditionally transported rough and polished diamonds between cutting centres and sales offices. The crackdown involved nearly a hundred courier firms (or more depending on the source), with the authorities suspecting tax evasion by diamond processing firms. Parcels with diamonds estimated at $158 million were seized at Mumbai Central station from couriers that had just gotten off a train from Surat. Authorities thought the parcels might involve tax evasion worth $47 million. According to the Times of India, an investigation revealed that some of the parcels were genuine as applicable duties and tax were paid, but the majority of them were without proper papers, possibly belonging to traders that may have resorted to improper tax compliance methods. While genuine parcels were released on Friday, the department seized those on which duties were not paid. The couriers have now stopped accepting parcels from any firm that does not have a full GST registration.

These developments only added a sense of urgency to the GJEPC's position that clearer tax rules are needed. GJEPC chief executive director Sabyasachi Ray reportedly said the GST officials were not properly informed of how the trade works and that tax should not have been levied on the goods, while GJEPC regional chairman Dinesh Navadiya told TOI, "The GST and central excise department have released genuine parcels, while those without papers have been confiscated. The owners of the parcels have been summoned in Mumbai on Monday. The department will give them the opportunity to prove their claims on the parcels and ask them to pay duties and fines as applicable." In India, the tax applies to imported diamonds, but not exported ones. Consequently, when diamond traders import stones for manufacturing, they must pay the import levy and then claim a refund when they export the polished diamonds - a process Ray called “futile,” since, he said, 95% of the diamonds in the Indian market are destined for export after cutting and polishing.