The Guardian: Why LGD Might Not Be Ethical Alternative 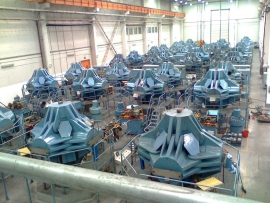 In an extensive article, The Guardian weighs the arguments of many LGD producers who claim the diamonds they produce in a factory are a more ethical alternative, pointing to the devastating effect a complete shift away from mined diamonds would have on entire communities whose livelihoods depend on the diamond industry. Quoting Cristina Villegas from NGO Pact, "framing it as an ethical decision, while in my opinion it is actually the complete opposite", the article states that walking away from mined diamonds will hurt exactly the same communities consumers are concerned about. Industry experts like Villegas and Professor Saleem Ali point to major reform efforts that are taking place in the industry in past years, stating 80% of diamonds are now traceable, but some parts of the industry still have issues. "We should try to solve the problem rather than walk away so that you just don't have to deal with the problem", Ali says.