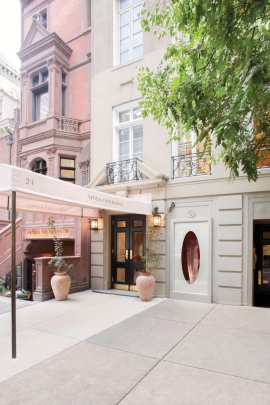 Moda Operandi, the American online luxury retailer originally founded in 2011 as a platform to provide consumers access to full collections straight from the runway, has just received a brand-new influx of cash. Billionaire entrepreneur and executive director of Chow Tai Fook Jewellery Group Adrian Cheng and Apax Digital co-led its latest round of funding, which totals a massive $165 million in growth capital. That number doubles Moda Operandi's total funding, which had reached more than $130 million as of its Series E round in February 2015. Since their last round of funding in 2014, the business has increased by more than 3.5x, according to their press release. Cheng will become a member of the board; he takes a stake in the business through K11 Investment and C Ventures, two of his investment funds.

The brand, whose shareholders also include New Enterprise Associates, LVMH and Fidelity, stated in a release that the money will help to "fuel continued international growth and increased development across several key business verticals." The American brand is clearly hoping to accelerate its international growth, particularly in Asia and the Middle East, the drivers behind its growth into international markets, which now represent more than one-third of total demand. This significant new round of funding confirms investors' confidence in the continued global expansion of Moda Operandi's unique business model, and will support the acceleration of its international business, the company states.

Moda Operandi's CEO, Deborah Nicodemus, said: "Moda Operandi is the only multi brand e-commerce site where the shopping experience is dedicated to elevating the brand's digital presence. Our continued success demonstrates the strength of our business, and gives new and existing investors the confidence in our capacity to pursue tremendous global growth. We look forward to continuing the momentum behind the transformation of the online luxury experience for our global clients ... we are defining the future of luxury ecommerce." Adrian Cheng comments, "I am hugely excited about Moda Operandi as an investment prospect. Its business model is cutting edge, with a curated customer experience that has a lot of potential within C Ventures' and K11 Investment's networks of brands, which collides the worlds of fashion, creative media and art to service millennial consumer interests in the global market. I'm looking forward to seeing how the brand grows and taps into this big business opportunity."