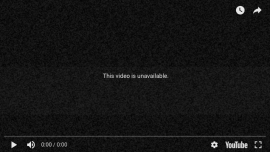 Brilliant Earth, the online diamond jewelry company whose USP is socially and environmentally responsible sourcing and complete chain of custody transparency, has resolved its defamation suit against Jacob Avital, reports JCK's Rob Bates. The videos have been removed from YouTube. Last summer, Avital published two widely-viewed videos on YouTube of his hidden-camera 'exposure' of Brilliant Earth as a scam, whose practices do not match its claims to transparency of origin for their diamond supply chain. Brilliant Earth filed a defamation suit on July 26 in the Supreme Court of New York, saying Avitals videos contained “demonstrably false statements,” explained Bates in an earlier article, adding that the videos are based on “unsupportable assumptions, amateur and unqualified investigative methods, anonymous sources, false comparisons, and even secret recordings of an unidentifiable individual who was not in a position to know about the origin of Brilliant Earth’s diamonds.”

Bates writes, "The suit was discontinued with prejudice and without any costs or disbursements, according to a notice filed Oct. 27 in New York Supreme Court. While it’s not clear if any settlement was struck, the three videos Avital posted slamming the company - two of which mentioned the legal action - all appear to be have been taken down."