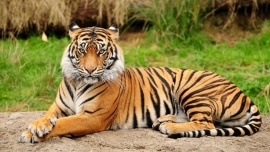 It appears that Indian resources conglomerates Vedanta (controlled by London-based Indian billionaire Anil Agarwal) and Adani (controlled by fellow billionaire Gautam Adani) are considering bidding for a $9 billion diamond project in the country that was abandoned by Rio Tinto this year, reports Reuters. The central state of Madhya Pradesh was likely to invite bids in the first week of November to explore the deposit, which is estimated to have 32-34 million carats of diamond reserves, a senior state government official said. “We’re advertising only for that area in which (Rio Tinto) have prospected and established availability of diamonds,” Manohar Lal Dubey, Madhya Pradesh’s top mineral resources official, told Reuters.

Back in February 2017, Rio Tinto announced it would relinquish its interest in the Bunder diamond project in India "due to commercial considerations" and would gift it to the Government of Madhya Pradesh. The move was not entirely unexpected, as Rio Tinto announced in August 2016 it would not proceed with the development of Bunder and would be seeking to close all project infrastructure. The project was frought from the start, facing a series of environmental issues. Wildlife groups said the country’s first private diamond mining project would severely damage the wildlife corridor between the Panna Tiger Reserve and the Navardehi Wildlife Sanctuary. The environment ministry claimed that surface extraction “would entail greater extent of forest land use leading to permanent loss of the high quality forest areas” and “the project proponent may also explore the possibility of underground (mining)”. It was at that point, after having spent a reported $500 million in developing the project, that Rio Tinto Exploration India Private Limited announced it would abandon the project.

At the time, Rio Tinto Copper & Diamonds chief executive Arnaud Soirat said “Our exit from Bunder is the latest example of Rio Tinto streamlining its asset portfolio. It simplifies our business, allowing us to focus on our world-class assets." According to Reuters, small teams from Vedanta Resources a well as Adani Group visited the site in recent months. Madhya Pradesh official Dubey said two company executives had met him over the project, but declined to identify the companies or share more details. Volcan Investments, the family trust of Vedanta’s Agarwal, is the second biggest stakeholder in Anglo American, which controls the world’s biggest diamond producer, De Beers Group. Agarwal said he bought the stake in Anglo to cut India’s dependence on imports of precious commodities. “My vision is to reduce the import bill of India."

Only firms with a minimum net worth of 25 billion rupees ($384.67 million), or 4 percent of the estimated value of the diamond reserves, will be eligible to bid. The state has yet to finalize the commercial terms of the auction, such as royalty sharing, one of the sources told Reuters. Bidders can also expect protests from environmentalists given that the area is, according to the environment ministry, a corridor between the Panna Tiger Reserve and the Navardehi Wildlife Sanctuary.