De Beers To Recommission Damtshaa Mine in Botswana 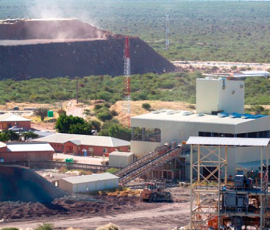 According to a De Beers spokesperson, the diamond miner is set to bring the Damtshaa Mine in Botswana - closed since 2015 - back into operation during the fourth quarter, reports Rapaport News. Opened in 2003, Damtshaa Mine was placed into care and maintenance in December 2015. De Beers is now set to recommision the mine and expects to be back at full production by January. Just over 300,000 carats were recoverd there during its last full year of operation in 2014, making it one of De Beers smaller mines, and more than 31 million have been produced since the mine opened. It was closed in 2015 as part of efforts to reduce production levels in Botswana when rough demand slumped in late 2015

The spokesperson told Rapaport News that Debswana, De Beers’ joint venture with the Botswana government, “regularly reviews its production levels to align to the market requirements. It was along that basis that a decision was made to return Damtshaa to production.” De Beers increased rough production 46% in Q3, has produced 29% more carats during the first nine months of the year than the year prior, and recently revised its full year production guidance to ~33 million carats (previously 31 – 33 million carats), so they appear confident in the level of demand for their goods.

To form Damtshaa, which means ‘water for tortoises’ in Setswana, Debswana consolidated four small diamond pipes, discovered between 1967 and 1971, into one mine. It’s about 20km east of the Orapa kimberlite pipe in central Botswana.