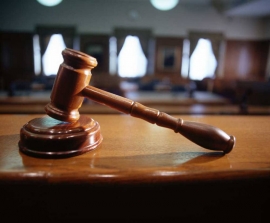 According to a Delaware bankruptcy judge, the Exelco - KBC case is "a mess", and he encouraged the diamond wholesaler and the bank to try to disentangle their disputes before proceeding any futher. U.S. Bankruptcy Judge Kevin Gross said that portions of the case seemed to be at inextricable loggerheads, with the diamond company's main creditor, KBC Bank NV, arguing that the proceedings must take place in the debtor's home country of Belgium, saying the court there has already appointed an administrator whose authority may supersede the company’s management. Exelco’s position rests on the claim arguing that it is a global company trying to launch a worldwide restructuring, and the bankruptcy court in the United States is the only court on the planet that can accomplish such a feat. The bank asserts the deliberation does not belong in U.S. court, noting that a legal proceeding is still ongoing in Belgium, calling Exelco's move “an extraordinary exercise in forum shopping.”

Exelco filed for bankruptcy in the U.S. back in September in an attempt to gain protection from KBC Bank liquidating the company's assests, a process it had aleady begun. Exelco has claimed that KBC has been violating the Chapter 11 automatic stay by trying to have Exelco liquidate in an already-filed case in Belgium. But the bank argued that the loan in question was written under Belgian law and is linked to Belgian collateral. Meanwhile, judge Gross wondered what authority he would have to do anything about the Belgian case even if he accepted the premise that the automatic stay extended to foreign jurisdictions. "Making matters more complicated," writes Law 360, "Exelco said it sent KBC a confidential term sheet for a reorganization, which an attorney for the bank told Judge Gross contained provisions that were 'pretty outrageous'." KBC flat-out rejected a deal occuring based on the terms contained therein.

The case has yet to have a proper first-day hearing although it has been nearly a month since the Ch. 11 case was filed and a hearing is slated for November over whether KBC is violating a temporary restraining order through the bank's efforts to force liquidation in the Belgian courts. Exelco owes $14 million to KBC, $13 million to Standard Chartered Bank, and $22 million to the trade. Nondebtor entities owe Standard Chartered another $22 million.