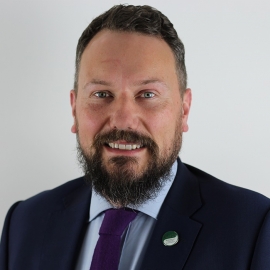 The National Association of Jewellers (NAJ), considered the UK’s leading jewelry association, has appointed Simon Forrester as its new CEO, replacing Michael Rawlinson, who resigned from the NAJ in May. Forrester will assume his new role after spending seven and a half years as chief executive of the British Pest Control Association. Forrester has previously won the award of Trade Association Chief Executive of the Year in 2016 and, under his leadership, The British Pest Control Association received several awards and nominations. He began his career in the NHS, and in the mid-1990s moved to a senior management role in a professional body. He has worked for professional institutions and trade associations in the healthcare, business tourism and construction sectors,

NAJ Chairman Simon Johnson said, “After a very thorough search, I am delighted that Simon has agreed to join the association as our new Chief Executive. We saw some amazing candidates and CVs for this role, but Simon stood head and shoulders above the rest. I’m really excited to start working with him and introducing him to the industry.” The NAJ receive over 120 applications. The NAJ was established in 2015 through the unification of the British Jewellers' Association (BJA) and National Association of Goldsmiths, and aims to be the UK’s leading jewelry association.