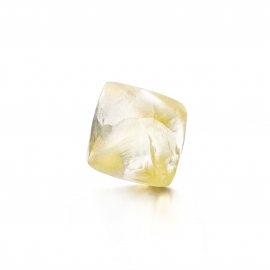 Australian junior miner POZ Minerals Limited (‘POZ’) has signed a mining agreement with the Bunuba Dawangarri Aboriginal Corporation (‘Bunuba’), the traditional owners of the southern part of the Blina Diamond Project area, which will enable POZ to move forward with its diamond project in the Ellendale Region of Western Australia - known for its fancy yellow diamonds. This agreement enabled the Native Title Tribunal to permit the granting of two mining leases; the Blina Diamond Project consists of four mining lease applications and two exploration leases within an area of 161 km2, and is 100% owned by POZ. The company said, "This is an important and historic milestone in the development of the Blina Diamond Project and POZ looks forward to a long lasting and mutually beneficial partnership with the Bunuba traditional owners."

The granting of these mining leases now allows POZ to commence bulk testing and trial mining of the proven diamond bearing alluvial palaeochannel system, named Terrace 5, which extends over some 40km, with channel widths of 200 to 500m. This testing is being planned for 2018. Diamonds previously recovered from the Terrace 5 gravels are considered large, with an average stone size of around 0.4 carats. Most stones are of gem quality. The largest diamond recovered to date from Terrace 5 weighed 8.44 carats, with stones larger than two carats common. Terrace 5 alluvial prospect includes historic bulk sampling of 40,613 cubic metres, which recovered 1,432 carats of diamonds at a grade of 3.53 carats per hundred cubic metres and an average stone size of 0.42 carats. This included fancy yellow diamonds for which the Ellendale Field is renowned.

According to the mining agreement secured with the Bunuba people, POZ had committed to employment and training initiatives, and will ensure that during mining activities at least 25% of the onsite workforce consists of local indigenous employees. POZ issued the Bunuba 6,000,000 share options in POZ, which will be exercisable at 5 cents each, and will pay to the Bunuba an amount equal to 5% of net profits from the sale of minerals from within the agreement area. POZ believes this Mining Agreement with the Bunuba people will benefit both parties: POZ will gain certainty over tenure and future development options, including full scale mining, whilst the Bunuba group ensure that their heritage is protected and that employment, training and financial benefits will flow to the group. An earthmoving contract signed with the group will provide further opportunity for development and economic advancement.

POZ acquired the Blina Diamond Project in 2015, at the time noting that a considerable amount of historic exploration has been done on the POZ permits and the company has access to this data; the potential for finding high value fancy yellow diamonds is very high; any diamonds produced would be conflict free and could represent an opportunity for branding and premium pricing; the setting up of an alluvial diamond mining operation would be relatively modest in terms of capital cost, and acquisition costs were minimal.