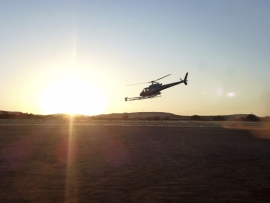 In a recent interview with Mining Weekly Online, De Beers Consolidated Mines (DBCM) CEO Phillip Barton bemoaned the lengthy delay in processing their 54 prospecting licences in South Africa, citing the new Mining Charter (still on hold) and issues with South Africa’s Department of Minerals Resources (DMR), which are effectively blocking them from diamond exploration in the country. As Martin Creamer of Mining Weekly Online explains, "When its Voorspoed diamond mine in the Free State reaches the end of its life in 2020, lack of augmentation will mean that the company ... will be down to one South African mine." Granted, De Beers' 'one S.A. mine' is Venetia, where they have made a massive, $2-billion investment in the underground project in Limpopo, which is expected to reach full production in 2023 following initial production in 2021. The project will extend Venetia’s life-of-mine to 2046 (while geologists and engineers are confident that the date will stretch out to 2060), but the mining giant is eager to make use of their $2-3 million budget for exploration in the region.

Barton comments, "De Beers believe that South Africa is highly prospective for diamonds, probably one of the number-one destinations in the world for diamonds. We have in the past had R30-million to R40-milion a year ($2.2 - $2.9 million) in our budget just for greenfields exploration. Sadly, over the last few years, although we’ve put that into our budgets, we’ve spent less money, to the extent where we’ll probably next year spend no money on exploration in South Africa. The reason for that is that as much as we want to explore in South Africa, we don’t have any prospecting licences granted to us at the moment.” Creamer writes that DBCM has been in discussion with the DMR trying unsuccessfully to resolve some of the issues for some time. Barton commented, "“I’m convinced ... we’ll break that impasse and that we’ll go back to greenfields exploration because we need to find that next diamond mine, not just in De Beers, but in De Beers in South Africa.” Until that time, De Beers will have no option but to invest in exploration in target areas such as Siberia, Botswana and Canada.

Interestingly, as Creamer writes, "Even though the company has been mining diamonds in South Africa for the past 129 years, it has just scratched the surface when it comes to diamond exploration." As Barton explains, “We haven’t covered a fraction of South Africa yet from a diamond exploration perspective," while technological advances - such as De Beers’ SQUID (Superconducting Quantum Interference Device), an airborne technology that records how components of the earth’s magnetic field change in different directions while attached to a rapidly moving helicopter - are making exploration over large areas much more efficient. “Not only is South Africa highly prospective, but it’s been underexplored,” Barton told Mining Weekly Online.