Exelco Files for Bankruptcy in U.S. To Keep Belgian Creditors At Bay 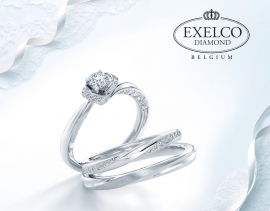 As Bloomberg first reported last week, Exelco North America, the local branch of the prominent Belgian diamond company Exelco NV, has filed for bankruptcy protection in the U.S. in an apparent attempt to prevent KBC Bank from liquidating the company's assests. Back in June, Belgian bank KBC Group NV seized assets from Exelco in an attempt to recover unpaid loans, according to court documents. KBC was seeking to recover 26 million euros ($29 million) from Exelco. Those assets have reportedly since been returned. An Antwerp court ruled that KBC had to return the goods because Exelco was on track to repay its loans, but the company’s U.S. bankruptcy filing shows that the bank is still pursuing repayment.

As National Jeweler reports, "According to court documents, Exelco originally filed the rough equivalent of Chapter 11 in Belgium but then withdrew that and filed in the United States, informing KBC of what it had done. Despite this, court documents state, KBC continued to pursue legal action in Belgium that would allow it to seize and liquidate Exelco NV’s assets. Exelco filed a motion for a temporary restraining order (TRO), invoking protections afforded under U.S. bankruptcy to block KBC’s actions overseas. A U.S. bankruptcy court judge granted the TRO Friday, in an order that states in part that KBC is enjoined from 'seeking to seize and/or liquidate [Exelco’s] assets and from further attempts to use the Act on the Continuity of Enterprises in Belgium or other legal proceedings to seize and/or liquidate [Exelco’s] assets. KBC is hereby directed to immediately withdraw all pending requests for relief against the debtors or their assets in the Antwerp Commercial Court (and any other court).'”

Exelco lost its status earlier this year as one of De Beers’s 80 or so sightholders, as it had been buying fewer gems from the top producer in recent years. The firm is now an accredited buyer, meaning it’s not guaranteed a set supply of rough diamonds and instead buys on a more ad hoc basis. It’s also a supplier to Signet Jewelers Ltd., which has seen sales slump in recent years. The company owes $35 million to Standard Chartered and $15 million to KBC, according to the filing in Belgium. The firm has between 50 and 99 creditors in total and between $10 million and $50 million in assets, the U.S. filing shows. Together, the companies filing for bankruptcy in the U.S. have listed up to $100 million in liabilities. The largest unsecured creditors, other than the banks that is, include a number of Antwerp-based diamond companies, like Eurostar Diamond Traders, Trau Bros. NV and N. Shah & Co. BVBA, as well as Rosy Blue Sales Ltd. in Israel and Mahendra Brothers in India, according to U.S. court documents.

Exelco was founded by Leon and Lior Kunstler and Jean Paul Tolkowsky in 1993. Tolkowsky is a descendent of one of the industry’s most famous families who made their name cutting the biggest and most expensive gems. Family members include Marcel Tolkowsky, who is seen as the father of the round brilliant diamond cut, and Gabi Tolkowsky, who was chosen by De Beers to cut the 546-carat Golden Jubilee diamond, the largest faceted stone in the world.