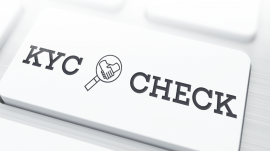 JCK's Rob Bates writes about a recent anti-money laundering compliance oversight that cost Richmont - through one of its Cartier stores - $384,000 in a settlement with the Office of Foreign Assets Control (OFAC). "On four separate occasions between 2010 and 2011, an individual purchased jewelry from Cartier boutiques in California and Nevada", but the Cartier shops involved neglected to identify the company to which the jewelry was shipped - Shuen Wai Holdings Limited in Hong Kong - as being on the blocked list. "That company," Bates writes, "is on OFAC’s specially designated persons and blocked nationals list; doing business with it - even selling it jewelry - violates OFAC’s sanctions against foreign narcotics kingpins." It might be an understandable mistake on the part of the jeweler, he writes, as one does not often association sanctions with consumer transactions, but due diligence

Concerning the Cartier case, the Compliance Building blog reads, "The problem is that Shuen Wai Holding Limited is named as a Specially Designated Narcotics Trafficker pursuant to the Foreign Narcotics Kingpin Designation Act. Shuen Wai Holding Limited is associated with Wei Hsueh Kang and the United Wa State Army that produce opium out of Golden Triangle in Burma. If a person is on the sanctions list, you can’t do business with them in the United States." An OFAC statement reads, “This enforcement action highlights the risks for companies with retail operations that engage in international transactions, specifically including businesses that ship their products directly to customers located outside of the United States.” It further reads, "Richemont failed to exercise a minimal degree of caution or care with respect to the conduct that led to the apparent violations," and should be cognizant of the fact that it is, "operating in an industry at high risk for money laundering."

Bates passes on the words of Sara Yood, senior counsel for the Jewelers Vigilance Committee: "as far as she knows, this case is pretty unusual. But it may not be the last." Yood told him, “This should serve as warning to everybody out there that they need to do their due diligence.”