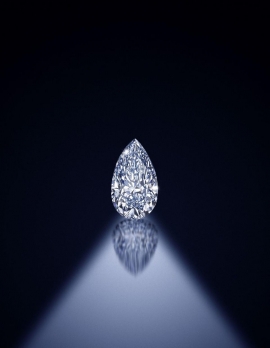 A Fancy Intense Blue diamond which has been held in a private collection for nearly 30 years sold for $3.6 million (£2,685,000), smashing its $2 million high estimate, at Bonhams Fine Jewellery sale in London on September 20. The 4.03-carat pear-shaped diamond, "became the subject of a fierce bidding frenzy before it finally went under the hammer, selling to Graff Diamonds for $853,203 price per carat," the auction house writes.