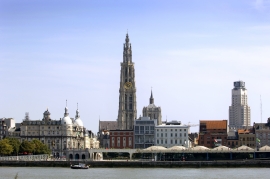 In response to Global Witness’ recent report, “An Inside Job”, the Antwerp World Diamond Centre (AWDC) stated  today it denounces the NGO’s accusations that European sanctions may have violated by the sale of Zimbabwean diamonds, originating from the Chinese-owned Anjin mining company, in Antwerp between December 2013 and September 2014.

Global Witness claims the Zimbabwe Defence Industries (ZDI), currently on the EU sanction list, is shareholder of Anjin, based on a statement made in the Zimbabwean parliament by State Secretary for Mines, Gift Chimanikire (MDC) in 2012. This statement, according to the AWDC, was later dispelled by Finance Minister Biti. Furthermore, the AWDC states that the organization of the sales of – among others – Anjin goods in Antwerp was preceded by a thorough investigation into the corporate structure of the mining company, as well as inquiries on both European and Kimberley Process Certification Scheme level, ensuring the import and trade of the Zimbabwean goods in Antwerp was in full compliance.