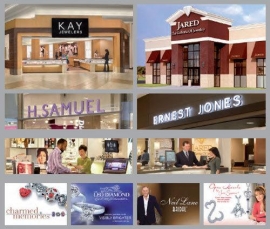 Signet's total sales for the Second Quarter of fiscal 2018 were $1.4 billion, up $26.2 million or 1.9%, compared to a decrease of 2.6% in the 13 weeks ended July 30, 2016 (Q2 2017). However, the jeweler’s first-half sales fell 5% to $2.8 billion, with profit sliding 25% to $171.9 million. The company also announced that it has agreed to acquire R2Net for $328 million in an all cash transaction. R2Net is the owner of JamesAllen.com, a fast-growing online jewelry retailer, as well as Segoma Imaging Technologies, who provides R2Net machines to enable delivery of next-generation digital shopping experience for jewelry. Virginia C. Drosos, Chief Executive Officer of Signet Jewelers said, “This is a highly strategic acquisition for Signet. The James Allen brand and R2Net’s technologies and innovative approach present a unique opportunity to rapidly enhance our digital capabilities and create a distinctive customer shopping experience which more seamlessly integrates our digital and physical retail platforms.”

During the quarter, same store sales (SSS) were up 1.4%, driven by eCommerce platform improvements, Mother's Day performance and timing, effective marketing and bridal promotion initiatives. They note that the financial impact of Mother's Day is typically split between first quarter and second quarter, however, in Fiscal 2018, it was entirely a second quarter impact. Sales increases were driven predominantly by fashion jewelry including bracelets, rings, and necklaces. In addition, branded bridal also contributed to the sales increases. eCommerce sales in the second quarter were $82.2 million, up $12.6 million or 18.1%, compared to $69.6 million in the second quarter Fiscal 2017. Both mall and off-mall stores delivered sales growth.