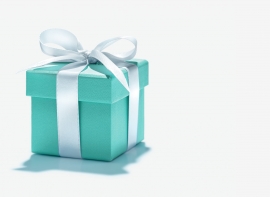 Costco owes Tiffany & Co. more than $19 million for selling 2,500 generic diamond rings falsely identified as "Tiffany" rings, a federal judge ruled Monday. Judge Swan ruled in favor of Tiffany, saying the brand was entitled to $11.1 million as profits for trademark infringement, plus interest, as well as an additional $8.25 million in punitive damages, which had been awarded by a jury in October. Costco was also permanently prohibited from using “Tiffany” as a stand-alone term when selling its products.

Costco’s management “displayed at best a cavalier attitude toward Costco’s use of the Tiffany name,” U.S. District Judge Laura Taylor Swan wrote in her opinion. Reportedly Costco had made $3.7 million from falsely using the Tiffany brand, rejecting Costco’s argument that the word “Tiffany,” with reference to the ring’s pronged setting, had become a generic term. Some of the display cases simply described the rings as “Tiffany” rather than “Tiffany setting” or “Tiffany style.”

The lawsuit was filed following Tiffany's discovery that salespeople at Costco were responding to customer inquiries by calling certain solitaire diamond rings “Tiffany” rings. According to the Judges notes, salespeople “were not perturbed when customers who then realized that the rings were not actually manufactured by Tiffany expressed anger or upset." According to the luxury house “Tiffany has never sold nor would it ever sell its fine jewelry through an off-price warehouse retailer like Costco.” With the exception of Tiffany’s limited collaboration with Net-a-Porter, Tiffany jewelry is exclusively available at Tiffany stores.

Costco said it planned to appeal the ruling, describing it as “a product of multiple errors.” The statement continued stating “this was not a case about counterfeiting in the common understanding of that word — Costco was not selling imitation Tiffany & Co. rings.” They emphasized that the rings were not marked with the Tiffany name, and were not sold using Tiffany’s trademark blue boxes.

“Judge Swain’s decision validates the strength of the Tiffany trademark and the value of our brand, and most importantly, sends a clear and powerful message to Costco and others who infringe the Tiffany mark,” the company said in a statement.