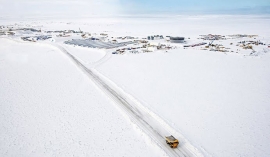 Independent analyst and consultant on diamonds and the mining industry, and publisher of the Zimnisky Global Rough Diamond Price Index, Paul Zimnisky has published an in-depth article on the current state of the diamond industry as it heads into the second half of 2017. Reprinted from Paul Zimnisky Diamond Analytics, courtesy of Paul Zimnisky.

After a very strong recovery following an industry-wide inventory buildup in 2014-2015 and again after India’s demonetization in late-2016, the diamond industry’s momentum has begun to stall, or perhaps normalize is the proper verbiage.

Here we are little more than half way through 2017, and industry fundamentals are not necessarily negative, but signals are mixed with a subdued tone.

Rough prices are higher this year, but polished is flat, if not down in some categories, and there are indications that excess polished inventory is building.

De Beers appears to be attempting to curtail excess supply to the market by continuing to raise rough prices while reducing allocations to clients, while Russian-major ALROSA (RTS: ALRS) is increasing production and supply to clients due to "strong demand."

U.S. Proxy Signet Jewelers
U.S. end-market demand has been stable at best, with the largest player in the market underperforming as of late. Signet Jewelers (NYSE: SIG) in late-May announced a 8.2% year-over-year decline in same store sales and a 25% decrease in earnings for the three months ending April 30th, after adjusting for the calendar impact of Mother’s Day. At the same time the company said that it will be selling its $2 billion customer credit account receivables portfolio, a component of Signet's business that has been concerning to analysts and investors for some time now.

While most of the underperformance has been attributed to a secular decline in U.S. shopping mall traffic, part can be attributed to operational performance, and the later has been recently addressed with store closures, a renewed focus on web, and the company naming a new CEO on July 17th.

Part of the growth can be attributed to Chinese consumers purchasing more jewelry at home versus abroad. Early last year, the Chinese government took steps to encourage more domestic luxury spending within its borders, which is showing signs of playing out. This development has consequently impacted revenues of downstream participants in the U.S., Europe, and Japan that have generated a significant portion of revenue from Chinese tourists in recent years.

The company’s results can also be explained by lower comparables relative to last year. The Greater Chinese market, which includes Mainland China, Hong Kong, Macau and Taiwan, has been volatile in recent years as it transitions from hyper-growth in the early 2000’s. The transition can be seen by the deceleration in the rate of new store openings (see figure here).

Given the generational change in consumer preferences for luxury items like diamonds, the upstream segment of the industry came together to create the Diamond Producers Association (DPA) in 2015 with an aim at reestablishing generic diamond marketing. In June, the DPA upped its annual 2017 budget to $57 million from just a fraction of that in 2016, with the majority of the budget directed towards U.S. consumers.

This week De Beers said its 2017 marketing budget would be approximately $140 million including its contribution to the DPA. Since De Beers contribution to the DPA is estimated to be about $20-25 million, the market leader is planning on spending well over $100 million on marketing its De Beers Diamond Jewellers stores and its Forevermark brand. This compares to the ~$200 million that De Beers used to spend annually on its “A Diamond is Forever” campaign.

Industrial diamonds which represent approximately 20-30% of natural diamond production by volume, but under 10% by value, have increased in price from an average of $6.00/carat in Q4 2016 to $8.50/carat in Q2 2017, according to Russia's ALROSA. In July, De Beers said it saw a modest upturn in demand for industrial diamonds from the oil and gas industry relative to H1 2016, however weaker demand for diamond abrasives used for road and mining applications.

For the producers, the first half of 2017 has been marked by a notable return in demand for lower-quality rough that was severely impacted after the Indian government demonetized its highest denomination bank notes last November. On an investor call in May ALROSA said “the monetary reform did not hit (the Indian manufacturers) as hard as expected, so in the last few months they bought everything they (could).”

Producers have been unloading excess inventory consisting of primarily lower-quality goods and have seen their average-price-per-carat figures skewed lower so far this year despite raising prices on a like-for-like basis. For example, De Beers has seen over a 20% decrease in average price per carat sold in H1 2017 over H2 2016, but has alluded to a 2-4% increase in their “average price index” over the same period of time. The Zimnisky Global Rough Diamond Price Index, which attempts to consolidate global rough diamond price data, is up approximately 5% year-to-date.

In the case of Gahcho Kué, the underperformance has left 49% owner, Mountain Province Diamonds (TSX: MPVD), unable to fund a cash-reserve account required by its lenders. In May, the company received a waiver but further flexibility may be needed. The stock prices of Mountain Province and Stornoway Diamonds TSX: SWY), the sole owner and operator of Renard, have consequently taken a hit.

Mountain Province’s stock is down 21.8% so far this year, and Stornoway is down 21.9%. However, in the second half of the year both producer’s stocks could benefit as richer Center-lobe ore is accessed at Gahcho Kué’s 5034 pipe, and remedies at Renard are under way to address the breakage problem.

Manufacturers have noted a preference for Renard goods over those from Gahcho Kué given the relatively higher clarity and lower fluorescence.

The second-half of 2017 could also benefit Lucara Diamond (TSX: LUC), as the company returns to mining the South-lobe of its 100%-owned Karowe mine in Botswana. Heavy rains, integration of a new mining contractor, and processing plant upgrades have put mining of the South-lobe on hold, which is the portion of Karowe's AK06 kimberlite body from which the Lesedi La Rona was recovered.

Petra Diamonds (LSE: PDL), the London-listed producer with a portfolio of 5 ex-De Beers mines did not deliver on production guidance in the second-half of it’s fiscal year ending June 30th. In addition, the risk of the company has risen in recent months as political concerns in South Africa and Tanzania escalate, the company’s two operating jurisdictions. Petra’s stock is down 32.9% year-to-date, however the company recently attempted to assuage concerns by reminding investors that production is still set to ramp-up in coming months and the risk of the production miss breaking lender covenants should “not present an issue.”

On July 17th, Canadian-producer Dominion Diamond (TSX: DDC) reached an agreement to be acquired by a relatively unlikely suitor, the Washington Companies. Privately held Washington is based in the U.S. and holds a multi-billion-dollar portfolio of businesses primarily geared towards global natural resource production and transportation. Dominion will be Washington’s foray into the diamond industry.

With Dominion’s stock never recovering from the 2007-2009 downturn, in late-2015 increasing impatient investors pressured the company to consider strategic alternatives. However, a year later the stock traded at even lower-lows following a processing plant fire at the Company’s majority-owned Ekati mine. In March Washington made a “conditional expression of interest” for the company, which eventually resulted in the formal bid made in July.

Washington is acquiring Dominion just as production at Ekati’s rich Misery Main pipe is ramping up production and demand is returning for lower-quality brown goods, which represent the bulk of the pipe’s production. However, after Misery Main production concludes around 2020, planned expansion projects at Ekati are arguably marginal at best, and the company’s only other mine, a 40% stake in Diavik is approaching the end of its life.

There is no indication that the acquisition will impact supply from Dominion’s two mines in the near-to-medium term.

The Explorers and Developers

Perhaps the most significant development on the supply side of the industry is the progression of the Luaxe project in Angola. Earlier this year a concession agreement was reached making Angola’s government-run mining entity, Endiama, and ALROSA the primary owners. According to ALROSA, the Luele kimberlite pipe on the Luaxe concession is the largest discovered in the past 60 years, with an assessed value of “over $35 billion” [sic].

The Luele pipe is only 20km away from the world-class Catoca mine, which is also owned by Endiama and ALROSA. Luele diamonds are said to be of similar quality to those of Catoca which are worth about $100/carat, but the ore grade of the Luele deposit is said to be even better than Catoca's. Construction of a standalone plant at Luaxe is still being considered, however initial production of Luele ore may commence as early as 2018 via trucking of ore to the Catoca plant for processing.

On the junior front, Mountain Province spin-off, Kennady Diamonds (TSX: KDI), continues to progress its Faraday project after reporting in May that the company was in “discussions with certain interested parties regarding a potential strategic transaction.” The Faraday project could represent a nice compliment to Kennady’s further advanced Kelvin project, as both lie in close proximity to Gahcho Kué, and thus both have the potential to be expansion projects for Mountain Province and/or De Beers Canada. An independent diamond valuation of Faraday in due in late summer 2017.

In June, Shore Gold (TSX: SGF) announced that it had entered into an option agreement with Rio Tinto (LSE: RIO), where Rio could earn up to 60% of Shore’s Star-Orion South project in Saskatchewan over the next 7 years.

Trading over C$7 a share in 2007, Shore’s stock has been down and side-ways for almost 10 years, most recently trading C$0.29, as the company’s cumbersome diamond project has not advanced much over the last decade. Shore’s Star-Orion South is a world-class project in size but would require well-over $1 billion to build, a substantial undertaking in a Canadian province that has never seen commercial diamond mining before.

Rio, with an $80 billion market cap, is an ideal partner for the project given the company's capacity finance a mine build, but also because of the company's experience with Canadian diamonds (Rio is the 60% owner and operator of Diavik). However, given the structure of the deal, Rio can take their time as the first phase of the option does not expire for 3 ½ years.

On an analyst call in early July, Peregrine Diamonds (TSX: PGD) mentioned that the company had been in later-stage discussions with a strategic partner but a deal was not finalized. In the meantime, the company is moving forward with a C$10M rights offering to fund further development of its 100% owned Chidlak project in Nunavut Canada. Peregrine previously had been involved with majors, BHP Billiton (ASX: BHP) and De Beers Canada, to jointly advance Chidliak, but the former parted ways in 2011 upon exiting the diamond business and the later walked in 2013 as parent Anglo American cut its company-wide exploration budget.

London-listed Botswana Diamonds (LSE: BOD) discovered a kimberlite in South Africa in close proximity to the formerly producing Helam mine. The discovery will be further sampled to determine if the kimberlite is diamondiferous. Botswana Diamonds has an earn-in arrangement with privately-held Vutomi Mining to explore the area.

In Brazil, Canadian-listed explorer, Five Star Diamonds (TSX: STAR) is mini bulk sampling its 100%-owned Jaibaras project in the north-eastern region of the country. Eight kimberlites at Jaibaras were identified by De Beers in the 1990’s and gem-quality macro diamonds have previously been recovered at two of the pipes.

There has been very little diamond activity in Brazil since De Beers and Rio Tinto left the country almost 15 years ago, however, privately-held Lipari Mineração, is currently producing over 200k carats annually at its Brauna mine (see image above) in the state of Bahia. There has never been a world-class diamond discovery in Brazil, and outside of Brauna, all previous production in the country has been via alluvial mining.

Photo: A haul truck at the Gahcho Kué mine in Canada; Source: DPA