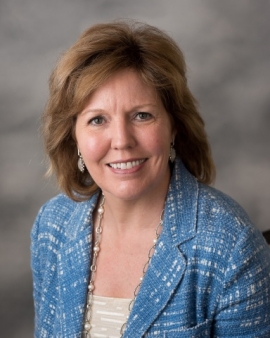 Signet Jewelers Limited today announced that its Board of Directors has appointed Virginia "Gina" C. Drosos, who has served as an independent director of the Company’s Board since 2012, as the new Chief Executive Officer of Signet, effective August 1, 2017. She is taking over the reins from Mark Light, who has served as CEO of Signet since 2014; he decided to retire after more than 35 years with the company due to health reasons, the company said in a statement. Spokesman David Bouffard told The Washington Post the condition was “serious but not life-threatening.” JCK's Rob Bates writes that Light is, "A well-respected company veteran whose father Nathan once headed the Signet division," and that he, " is generally credited with helping build Sterling Jewelers into the country’s largest jewelry retailer." The last three years, however, have been "tumultuous".

As Anthony DeMarcos of Forbes highlights, "Light has been struggling with allegations that stem from a class-action arbitration case dating back to 2008, alleging years of systemic, mass sexual harassment; and gender discrimination in pay and promotion." The Washington Post made the case public in February; it has now grown to 69,000 employees with these allegations dating back to the 1990s. The company stated about the arbitration claim, "Since its filing, it has never included legal claims of sexual harassment or hostile work environment discrimination.”

Signet Jewelers Signet has been struggling with declining revenue over the past four quarters as demand for its jewelry has softened. The company's stock has lost more than a third of its value in the past 12 months. They have also been trying to bounce back after the aforementioned private class-action arbitration case unveiled allegations of a corporate culture that fostered rampant sexual harassment and discrimination at its Sterling Jewelers division. A 4.5% fall in Q4 sales was followed by a Q1 in which group sales fell 11% to $1.4 billion, while while same-store sales dropped 11.5% and profit slumped 52% to $70.3 million. At the time, then-CEO Mark Light said, “We had a very slow start to the year as continued headwinds in the overall retail environment were exacerbated by a slowdown in jewelry spending and company-specific challenges." Ms. Drosos commented that, “Signet is well positioned to continue to drive its unprecedented leadership in diamond jewelry and expand its market share in growing categories, such as fashion jewelry. I am committed to successfully executing our strategic priorities as we continue to transform Signet to become a more innovative, digital-first and data-driven retailer.”

Ms. Drosos has over 29 years of executive leadership experience in the beauty and consumer goods industries. She previously served as President & CEO of Assurex Health and as a Group President of Global Beauty Care at The Procter & Gamble Company. Todd Stitzer, Chairman of Signet’s Board of Directors, said of Drosos, "She is a visionary and transformational leader with a proven track record of growing and scaling global businesses through winning strategies and innovation ... As a member of the Board since 2012, she is deeply familiar with Signet’s strategic vision and has been pivotal in our efforts to realign our organizational structure to enable better execution of our OmniChannel strategy and strengthening our customer experience. The Board has full confidence in Gina’s ability to drive Signet forward in its next phase of growth and value creation.”