Dominion Diamonds and Washington Companies Closing In on Takeover 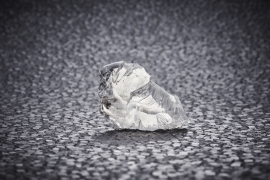 Canada's Dominion Diamond Corp., the world's third-largest diamond producer by market value with a controlling interest in the Ekati Mine and 40% owner of the Diavik Mine in Canada’s Northwest Territories, is in advanced and friendly talks with The Washington Companies on a sweetened cash takeover bid, sources told Reuters this week. Susan Taylor and John Tilak write that Negotiations are focused on the two sides settling on a price, said the sources, who declined to speak publicly on the matter. A deal could be announced within weeks, they said. Trade in Dominion shares was halted on the Toronto Stock Exchange minutes after the stock rose 4.74 percent, following Reuters' report on the talks.

Dominion rejected Washington's initial advance of $1.1 billion or $13.50 a share last March, calling it "opportunistic" and saying it undervalued the company. It is unclear how much Washington had increased its initial unsolicited cash proposal. In a statement Friday afternoon, Dominion said it has not made any decisions related to strategic alternatives and there is no assurance that its review will result in a transaction or change in strategy. Washington is a group of privately held North American mining, industrial and transportation businesses founded by industrialist and entrepreneur Dennis Washington.