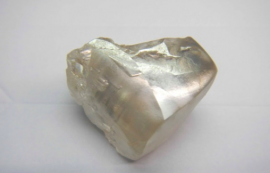 Australia's Lucapa Diamond Company reports that production and sales of diamonds from the Lulo Diamond Project in Angola jumped 63% and 58% respectively in the second quarter of 2017. Lulo alluvial mining company, Sociedade Mineira Do Lulo (Lucapa is 40% owner and operator) produced 4,203 carats of diamonds during the quarter, bringing their total for the first half of 2017 to 8,301 carats, a 46% overall increase compared to the year prior. In Q2, the 4,203 carats were obtained from 3,336 stones, with their average weight holding steady at 1.3 carats.

The company notes that diamond production increases were generated from a 55% rise in mining volumes to 57,283 bulk cubic metres (bcm), keeping Sociedade Mineira Do Lulo on track to achieve record and targeted annual production of 240,000 bcm for calendar year 2017.