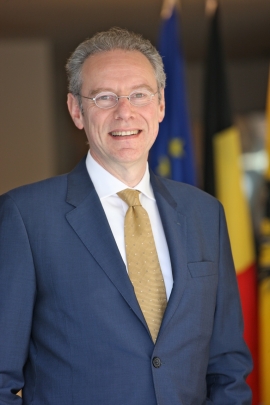 The World Diamond Council (WDC), an industry group focused on removing conflict diamonds from the global supply chain and protecting the value of natural diamonds, today announced that current president Andrey Polyakov will be resigning by the end of the week. Current WDC Vice President Stephane Fischler will become acting President effective July 1, 2017. Mr Fischler will serve in this capacity until the end of the term of this Board, at which time he will start his two year term as WDC President.

Polyakov became President of the WDC in May 2016 after serving as Vice President for the organization the year prior. He is still the vice president of Russian diamond mining giant ALROSA, but it has been made known that he is planning to resign from that post. “It has been an honor to serve as President of the WDC and to be a part of an organization tasked with such an important mission for our industry, said outgoing WDC President Polyakov. “We have achieved much together, but assuring that the diamond supply chain remains virtually free of conflict diamonds will take vigilance and an ongoing commitment to education and training for the next generation of industry stewards.”

Acting WDC President and current President of the Antwerp World Diamond Centre Fischler added, “We owe a debt of gratitude to Andrey for his leadership and I, along with the rest of the members, look forward to continuing the good work he began with us.” As VP, Fischler is slated to commence his two-year term as president in May 2018.

The WDC, formed in 2000, is the only organization where the diamond trade is represented in full, from producer to retailer, and includes the most influential commercial businesses, not-for-profit organizations, and individual companies in the industry today. The WDC is the voice of the international diamond industry in a tri-partite collaboration with governments and civil society known as the Kimberley Process (KP). The KP secures and manages monitoring processes that have virtually eliminated the trade in conflict diamonds to ensure that the world’s supply of diamonds are from sources free of conflict.