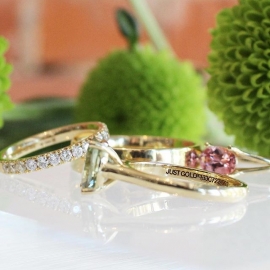 "Those 238 grams are believed to be the most rigorously documented export of small-scale gold in history", writes The Globe and Mail. They are referring to 238 grams of gold that Canadian NGO Partnership Africa Canada (PAC) purchased from small-scale mining sites in eastern Congo as part of a pioneering new system of gold exports called "Just Gold", initiated to generate a new form of highly detailed sourcing data. The Just Gold project aims to develop an independent, equitable and sustainable system that brings legal, conflict-free and traceable gold from artisanal mine sites in the Democratic Republic of Congo to international markets. About 15% of the world’s gold supply is provided by the 30 million workers in the small-scale and artisanal mining industry, but these miners are routinely exploited and vulnerable. The data the NGO acquires can help legitimize the small-scale gold trade, allowing refiners and exporters to prove to regulators that they are providing benefits to mining communities. The UN estimates that 98% of small-scale gold is smuggled out of the DRC without any taxes paid.

“This can be revolutionary,” says Ms. Lebert, executive director of PAC, the Ottawa-based organization behind the new system. “Nobody else is doing it. We can shake up the industry." The Globe and Mail writes, "Skeptics have claimed it would be impossible to document the sources of small-scale gold, since the trade is so opaque, with countless unofficial or illicit steps in the journey, including big refineries that mix their gold from many different sources. But the 238-gram gold export from Congo to Toronto has proven it can be done - even though it required the payment of 26 separate taxes and fees along the way (15% of the gold’s $8,450 value), a complex and time-consuming burden that the project is trying to reduce." Under the new system, the data will be so detailed that a consumer or refiner would be able to identify the exact pit where the gold was produced, along with verified information on the pit’s ownership and control, and even details of the individual miners who dug out the gold, all of which would prove that the gold was legally and responsibly sourced from conflict-free sites.

Fair Trade Jewellery Co. is the Toronto-based jeweler that purchased and refined the 238 grams of Congolese gold from the project’s first export, and has now created what they are calling the first ever collection of four gold rings crafted entirely with responsibly mined and conflict-free artisanal gold sourced from the DRC. “We’re moving into an era where there’s a strategic opportunity in the proof,” says Ryan Taylor, co-founder of Fair Trade Jewellery Co. “Consumers are asking more and more questions - they want it to be ethical,” he says. For years, there has been growing pressure to regulate the minerals that are supplied to the consumer electronics industry from African regions where mines are often controlled by armed militias or soldiers. The new Canadian system for gold, the least-documented of the major conflict minerals, would create more precise and verified data for the first time. “I think we’re at a breakthrough moment,” Ms. Lebert said. “The gold refiners are desperate to show that they are cleaning up their supply chain. They want to show that they’re having a positive impact.”

Robin Gambhir, Fair Trade Jewellery Co. co-founder, said, "After more than a decade of ensuring that our materials are responsibly-sourced, we're delighted to add Just Gold to the gold options we currently offer our clients. Ensuring we source fully traceable materials directly from communities is a way to foster community development, and as a company - deepen our impact on many stakeholders." He added that while sourcing from Congo was a “new and exceptionally ambitious process”, it could be achieved because of partners on the ground like PAC. Ms. Lebert: "Saying that it is impossible to carry out due diligence on gold supply chains is no longer a valid argument for industry.  We have proven otherwise. We have shown that every gram of gold can be accompanied by reliable quantitative and qualitative data about its provenance and the actors involved in its extraction, production and trade." The goal is to show the gold industry that the verification system can work – and then to expand it into other regions of Africa. The project is funded by Global Affairs Canada, with additional funding by USAID through the Capacity Building for Responsible Minerals Trade (CBRMT) project and International Organization for Migration.