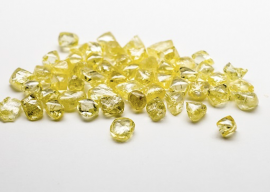 Junior miner Firestone Diamonds now expects to recover approximately 360,000 carats in the financial year ending 30 June 2017, against April's guidance of 300,000 carats, or roughly 20% more than anticipated. Firestone announced on 26 April 2017 that commissioning activities at the Liqhobong Diamond Mine in Lesotho (owned 75% by Firestone and 25% by the Government of the Kingdom of Lesotho) were largely complete and that final ramp up was progressing on track, having achieved the plant's nameplate throughput capacity on multiple occasions since the commencement of operations.