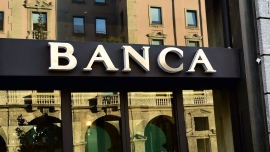 In November 2016, Reuters reported that an Italian market regulator Consob was investigating the sale of high-quality investment diamonds through bank branches across the country after a TV report alleged the stones were mis-sold to the public. Several Italian banks distribute diamonds for diamond brokers, generating around 300 million euros ($334 million) in sales for the brokers last year. State channel Rai3 said in October 2016 that several banks sold diamonds as financial products in bank branches at twice the market price. It also showed a bank official advising a customer without spelling out the risks and promising the diamond would appreciate consistently above the inflation rate in the long run. Diamond sales have taken off as negative interest rates have curtailed bank revenues and rendered many other investments unattractive for clients, but some investors told Reuters that diamonds they had bought as an investment were valued at a much lower price than they paid for them.

Reuters yesterday provided an update on the development of this story, writing, "Italian tax police seized documents from the offices of five lenders on Wednesday in an investigation over alleged fraud in relation to the distribution of diamonds to bank customers, three sources with knowledge of the case said. The police took documents and computer files from Intesa Sanpaolo (ISP.MI), UniCredit (CRDI.MI), Monte dei Paschi di Siena (BMPS.MI), Banco BPM (BAMI.MI) and Popolare di Bari, said the sources, who asked not to be identified." The news agency adds that selling diamonds with the promise of a financial return is banned in Italy unless regulated in the same way as other financial products, such as mutual funds. Banks and brokers say they do not promise a financial return when selling the stones.