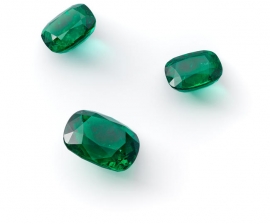 China's Fosun International has increased its offer for UK gemstone miner and Fabergé owner Gemfields to $323 million (£256 million), and Gemfields is encouraging its minority shareholders to accept the takeover bid despite considering it unreasonable, in order to avoid an even more “derisory” buyout bid from its largest shareholder, Pallinghurst Resources. Last month, South African private equity group Pallinghurst made an unsolicited offer of 37.1p per share for the 62 per cent of Gemfields that it does not already own, offering investors no premium on the gemstone miner’s share price. In response to the bid, Gemfields entered discussions with Fosun Gold over a potential rival offer of 40.85p per share. Fosun has now made a formal bid at a higher price of $0.569 (45p) per share, an 18% premium compared to Gemfields’ share price before the Pallinghurst offer was announced ($0.48 (GBP 0.3813)).

Fosun chief executive Wang Qunbin said its cash offer provides a “compelling alternative” to Pallinghurst’s all-share bid. Gemfields’ board was not pleased with the offer, calling the terms of the offer “not fair” or “reasonable”, yet nevertheless felt compelled to accept it. Even at today’s higher offer price, the bid still represents an 18% discount to where the company’s shares traded only six months ago. "Still," as the Financial Times writes, "Gemfields has decided the Fosun offer represents the lesser of two evils, and recommended shareholders accept the offer." In turn, Pallinghurst has said it intends to delist Gemfields from London's junior market.