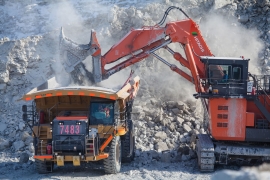 Under the agreement, Archon will relinquish its stake in the Buffer Zone in exchange for a royalty worth 2.3% of all future revenue earned from diamonds produced therein. As a result of this transaction, the Dominion’s ownership interest in the Buffer Zone has increased to 100%; they maintain an ownership interest of 88.9% in the Core Zone Joint Venture at the Ekati Diamond Mine. Jim Gowans, Chairman of the Board of Directors of Dominion said, "For both parties, the transaction provides ownership and funding certainty for the large scale Jay project, which is currently in the final stages of permitting. It also provides significantly more exposure for Dominion’s shareholders to further discoveries on this highly prospective land package.”