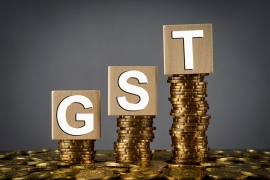 The Indian government’s decision to impose a 0.25 per cent tax on rough diamond imports under the goods and services tax regime (GST) in order to ensure traceability of diamonds will hurt India’s competitiveness, according to diamond industry representatives. India’s Gem & Jewellery Export Promotion Council (GJEPC) criticized the government’s decision to tax rough diamond imports, claiming it will damage the nation’s manufacturing sector, and is urging the government to reconsider its decision. It also said that all imports of rough materials for export of jewelry should be exempted from the levy; in the current system, rough diamonds are exempt from taxes, but the GJEPC says the new levy will force the industry to reevaluate the viability of cutting and polishing activity in India.

Praveenshankar Pandya, Chairman of the GJEPC, issued a statement saying: "Taxing diamonds is a retrograde step and not in sync with equivalence policy. Diamonds are the key raw materials for gem and jewellery exports business. Rough diamonds have been kept out of the purview of taxes even in various Asian countries which are globally competitive ... For a segment wherein 95% of the output is exported, and, whose global footprint is under constant stress from other competitive economies, an upfront levy of GST on rough imports, which was hitherto exempted, would invariably cause a major setback to the trade and impact India’s significance in the global markets. Owing to the thin margins in the segment, each businesses will have to re-evaluate the viability of conducting the cutting and polishing activity in India," adding that, "We request the Government to reconsider its decision of taxing rough diamond imports under GST, owing to such severe repercussions."

Russell Mehta, CEO of Rosy Blue and vice chairman of the GJEPC, said that India may become less competitive than other countries due to the new levy: “Though the government has taken the move to make an audit trail in diamond trade, it will be a burden on us. Imposition of GST on rough diamonds makes us less competitive as the margins are already under pressure." Exporters noted that other countries that are engaged in diamond polishing, such as China, Sri Lanka, Vietnam and Thailand, levy value added tax on imported rough diamonds but no GST. Finance minister Arun Jaitley announced the new program Saturday, under which the government will tax gold and gold jewelry at 3 per cent, which is fairly in line with industry expectations, appealing for 2 per cent. Gold is taxed around 2 per cent (1 per cent excise and 1 per cent VAT or value-added tax). Diamonds will also attract 3 per cent GST, while rough diamonds will have a tax levy of 0.25 per cent, which Jaitley described as “nominal” and said it was for the purpose of keeping an audit trail.