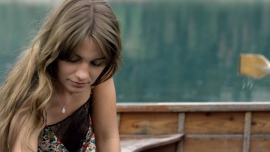 The Diamond Producers Association (DPA) announced on Sunday at the JCK Las Vegas show that their 2017 full-year marketing investment will increase to $57 million from approximately $12 million following the success of the 2016 campaign. This will enable the diamond marketing body to expand its multichannel advertising, PR and digital campaigns as well as continue rolling out the campaign to India. With $50 million already dedicated to the US market, the DPA says the new release of funding effectively signals the full-scale launch of its "Real is Rare" campaign.

“The board’s decision is a major turning point for the Diamond Producers Association and the diamond industry,” said DPA chairman Stephen Lussier. “All board members are aligned behind the goals and plans of the DPA, which is now fully equipped to fulfill its mission of communicating to next-generation consumers about the timeless beauty and emotional value of diamonds. We look forward to working closely with the diamond and jewelry trade and with other industry organizations to build a stronger future for our sector.” Jean-Marc Lieberherr, CEO of DPA, added, “Our first-half 2017 activities focused on optimizing, adjusting, and extending the successful PR, digital, and advertising plans built in the US in 2016. We developed programs around major ‘tentpole’ millennial live-viewing events, such as the Oscars and MTV Movie + TV Awards. Significantly, we also have built a team in India to launch the ‘Real Is Rare’ platform in that market in September 2017.”

Earlier this year, DPA piloted several custom research projects in order to develop insights that have formed the creative basis of several forthcoming campaigns in the US: New print, outdoor, and digital display will debut at JCK on June 6th, and a new video campaign will launch Q4. The fully-integrated, expanded asset mix will allow visibility of “Real is Rare” across all major media platforms, including for the first time ever, select outdoor/cinema and print, spread across many verticals, such as bridal, fashion, and lifestyle. The media plan will now extend well beyond TV and digital, which have been in place since October, 2016.