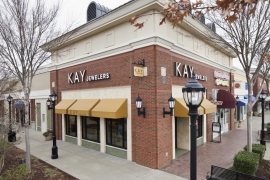 Signet Jewelers Limited has announced that it had reached an agreement with the Equal Employment Opportunity Commission (EEOC) to resolve all claims related to the pay and promotion of female retail sales employees at the company in EEOC v. Sterling Jewelers Inc. The Consent Decree states there were “no findings of liability or
wrongdoing,” and does not require the company to pay a monetary award. The company said it will take steps to continue fulfilling its commitment to equal opportunity. “We are pleased to have resolved this matter with the EEOC,” said Lynn Dennison, Signet Chief Legal, Risk and Corporate Affairs Officer. “Signet has a sound framework of policies and practices designed to ensure equal opportunity for women and we do not tolerate discrimination of any kind. The additional steps agreed to as part of the Consent Decree with the EEOC are consistent with our commitment to continuous review and improvement.”

The EEOC sued Sterling Jewelers, a division of Signet, in 2008, alleging that the retailer had discriminated against female sales employees. This resolution is not related to a different arbitration first filed in 2008 by more than a dozen women who accused the company of widespread gender discrimination. The class-action case, still unresolved, now includes 69,000 women who are current and former employees of Sterling, which operates about 1,500 stores across the country. Last month, Signet announced several actions to ensure company policies and practices are functioning as intended and to identify areas where the company can further improve. Those actions included the formation of a new Board Committee focused on programs and policies to promote respect in the workplace. Last week, the Committee appointed former U.S. District Court Judge Barbara S. Jones to serve as an independent consultant.