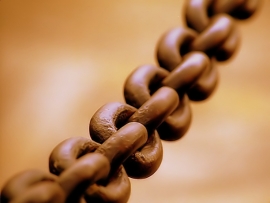 The diamond industry has a sort of 'Holy Grail' when it comes to consumer confidence and putting to rest an issue that critics rely on to deride the trade as unethical and still awash with 'conflict diamonds': guaranteed provenance. Acoording to an interview last week, Andrey Polyakov, president of the World Diamond Council (WDC) and a vice-president of Russian diamond giant ALROSA, believes one key to obtaining that grail is close at hand in the form of a physical 'fingerprint' that would enable diamonds to be tracked to their origin. Polyakov points out that work is progressing rapidly on technology-based solutions that will track diamonds from mine to polished stone. "What I have learnt in talking to scientists is that we are very close to the technology which could determine where the diamonds come from … it is like the fingerprint for stones," he said. "Based on spectroscopy ... You could guarantee the supply chain of rough diamonds based on technology, not administration."

A scientific solution to identifying and eradicating any remaining 'blood diamonds' from the global supply chain could exist within a matter of years, writes Tess Ingram for Financial Review. WDC president Polyakov said the shift could help encourage countries to better regulate artisanal miners that would otherwise risk being "simply excluded from the pipeline." This would not only help to legitimize artisanal miners, a critical and important part of the economy for some producing countries, but will also benefit the reputation of diamonds in general, creating a win-win situation for the neediest of producers and for consumers.

It is a difficult task, but has been achieved in other industires (like coffee, for instance), and several possibilities - just one of which is a technology-based tracking system - are now on the horizon. Together they could help eliminate many of the issues the industry is currently grappling with. The Kimberley Process had long been criticised for having too narrow a definition of conflict diamonds and not disqualifying diamonds due to other human rights abuses. Mr. Polyakov said the group was working to provide guarantees on not just rough diamonds but diamonds all the way through the supply chain and could eventually broaden its scope. A major new initiative along these lines will be introduced at JCK Las Vegas in June.