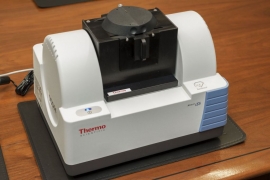 Some interesting industry developments took shape at last week's Diamond Detection Expo and Symposium sponsored by India's Gem and Jewellery Export Promotion Council (GJEPC). The GIA (Gemological Institute of America) demonstrated a prototype of an "accessibly-priced" mounted gem testing device it will introduce for sale later this year: an easy-to-operate, sophisticated desktop instrument to reliably identify natural diamonds, separating them from all simulants and from diamonds that may be synthetic or treated. “There is perhaps no greater issue in the gem and jewelry trade today than concerns about the possibility of undisclosed synthetic diamonds being inadvertently sold to consumers,” said GIA President and CEO Susan Jacques. “This new instrument is the culmination of more than 60 years of GIA research into synthetic diamonds and will give the trade – including retail jewelers – the ability to have immediate confidence in their diamonds.”

This comes against the background of findings from a worldwide study conducted by Bonas & Company Diamond Brokers and Consultants on behalf of the GJEPC. According to an article in the Times of India, Bonas determined that production of synthetic diamonds has increased from 350,000 carats to around 4.2 million carats in the last two years. The GJEPC initiated a first study on synthetic diamonds in 2013-14 and a second study in 2016-17 following an alarming increase in the figures of synthetic diamonds being mixed with natural diamond parcels.

Parul Merchant of Bonas & Company Diamond Brokers and Consultants stated, "Synthetic diamonds account for 2.3 million to 4.2 million carats, which is three per cent of total natural diamond production volume of 127.4 million carats in the world. The US is a significant market for retailing synthetic diamonds while India, China and Singapore are production hubs. There is some commercial output from Russia (bigger pieces) too. There are some producers in Europe, but they happen to be in research and development." Singapore and India have the highest numbers of CVD (chemical vapor deposition) reactors for producing synthetic diamonds. There are around 420 reactors in India and Singapore. China is the hub for producing synthetic diamonds through high pressure high temperature (HPHT) presses.

GJEPC chairman Praveen Shanker Pandya said, "The industry is flooded with sophisticated detection tools and techniques to safeguard ourselves against undisclosed mixing of synthetics. Mixing in any form is unacceptable. We intend to start a campaign to create awareness among people and trade in 21 cities across the country."