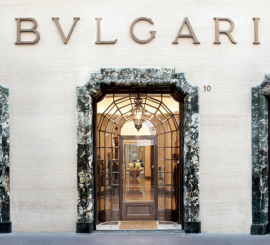 LVMH Moët Hennessy Louis Vuitton, the world's largest luxury producs group, recorded revenue of 9.9 billion Euros ($10.51 billion) for the first quarter 2017, an increase of 15%. Organic revenue (with comparable structure and constant exchange rates) growth was 13% compared to the same period of 2016, an increase attributable to all business groups. LVMH notes, however, that the results were achieved against weak comps from last year: a "favourable comparison base, particularly in Europe, where activity was affected last year by the impact of the November 2015 attacks in Paris." Chinese shoppers were also strongly discouraged from displaying wealth, using devalued currency and an unsteady stock market.  Consequently, the Group adds that the trend currently observed in 2017 cannot reasonably be extrapolated for the full year. Positive growth was achieved in Asia, Europe and the US.

Commenting on LVMH's results, Andrea Felsted writes for Bloomberg, "there's no denying that luxury is back from the brink. Asia's biggest economy is rebounding, and there are signs of improvement in the hardest hit regions of Hong Kong and Macau. Europe is benefiting from a return of the traveling luxury consumer. And LVMH said 'momentum remains positive' in the U.S." The Watches & Jewelry business group recorded 14% reported revenue growth, climbing to $879 million from $774 million, and organic revenue growth of 11% in the first quarter of 2017, despite troublesome times for Swiss watch sales. LVMH said that Bulgari continues to gain market share as it introduces new models to its most well-known lines. The group also noted the launch of the second version of TAG Heuer’s smartwatch, the Connected Modular 45. LVMH also owns the Chaumet, Fred and Hublot brands and until recently had a 50 percent stake in the chain of retail stores that operate under the De Beers name.

According to Felsted, however, "there are some reasons for caution." She summarizes: "For one, the recovery isn't evenly spread. While handbags might be making a comeback, some categories, such as Swiss watches, remain stubbornly difficult. There's also still the potential for upset from elections in Europe, while any event that disrupts global travel would be detrimental to demand. Further improvement in the U.S. will be influenced to some extent by the policies of President Donald Trump, including whether tax cuts for the wealthy are delivered. For the momentum to be maintained, China will need to continue its acceleration." Commenting on the results, the company states, "In a particularly uncertain environment, LVMH will continue to focus its efforts on developing its brands, maintain strict control over costs and target its investments on the quality, excellence and innovation of its products and their distribution."